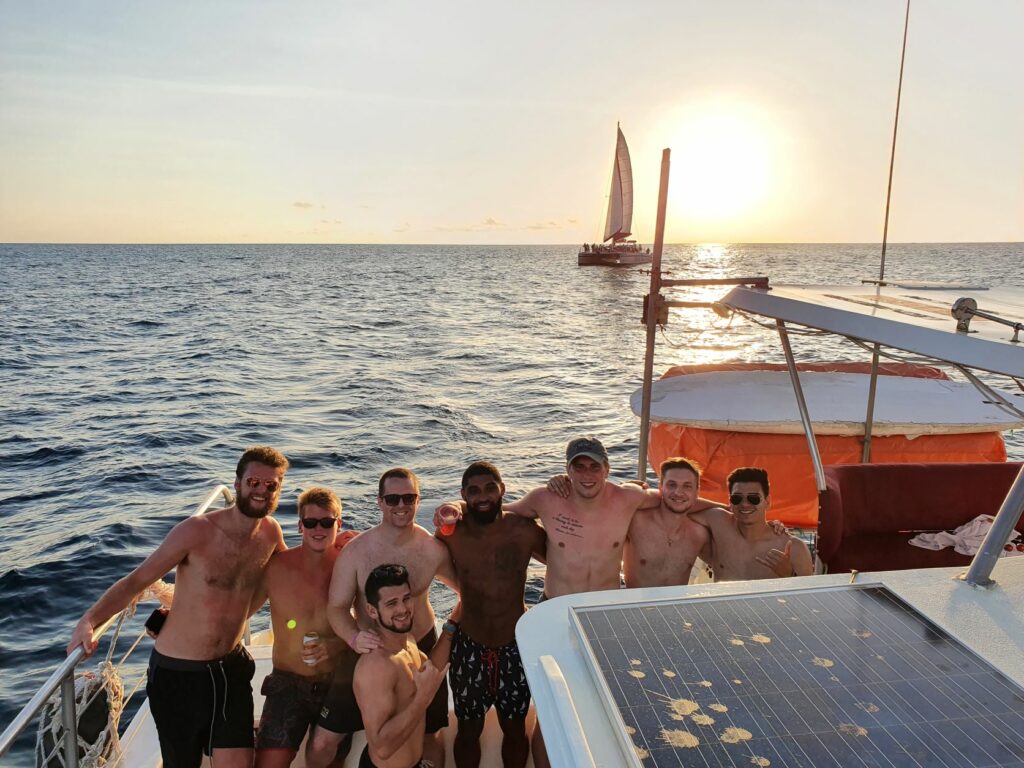 26 SepRandolph-Macon College Does it All in Costa Rica

The men’s team from Randolph-Macon University were ambitious on this second basketball tour to Costa Rica.  They played three games (including against the Costa Rica National team), traveled to three regions within the country, and got to experience the hot springs, the catamaran, the beaches, white water rafting, and so much more! 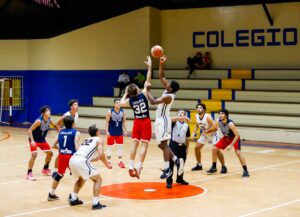 Their tour began with a practice and a walking tour of the Historic District within the capital city of San Jose.  The first day continued with a game against the Colegio de Abogados in which Randolph-Macon showed exceptional skills with a number of notable three-pointers to close the first game with a resounding win for the Yellowjackets! The team traveled to the San Carlos region of Costa Rica where they were able to see tropical wildlife and the rainforest jungle.  They took on the San Carlos team and, although they had a slow start and were trailing in the beginning of the game, they came back to win it in the end.

The Randolph-Macon boys took to the water like fish. 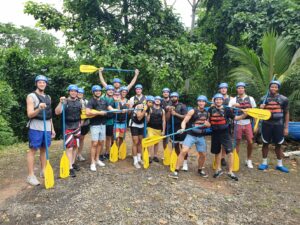 This activity tested them both physically and mentally as they had to work together as a team to manage it through the different sets of rapids as they plunged down the river. After the rafting they hiked the lush rainforest trail to the La Fortuna Waterfall, a 200-foot astounding flow of water that comes crashing down into a large natural swimming pool below that the boys were able to enjoy.  After a short rest at the hotel, they headed out to relax in the hot springs that are naturally heated by the Arenal Volcano which is located nearby.  They soaked their muscles and enjoyed some R & R time together. A highlight was definitely the large water slides that let out directly into the warm springs pools. 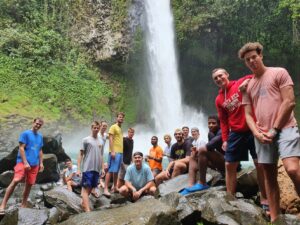 As though they had not had enough adrenaline pumping activities, the team also jumped at the opportunity to swing through the trees on cables, jumping from platform to platform high above within the rainforest trees.  The canopy zip-line is about the closest you can come to feeling like Tarzan.  The boys whopped and hollered as they sped from one tree to the next.

The team had prepared a basketball clinic for the 20 kids at a local gymnasium.  The selected kids come from a low-income neighborhood and rarely have a chance to participate in such as activity.  The Randolph-Macon team ran drills with them and helped them practice dribbling and tossing during the clinic.  The children were very grateful for the activity. 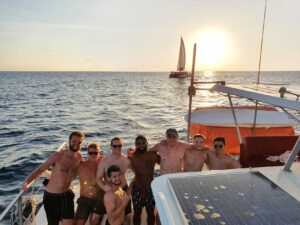 The team now arrived at the last region of the Costa Rica—the white sand warm-water beaches!  They got to walk around Tamarindo a well-known beach town filled with shops and ice cream stalls and surfing schools on every corner.  The team spent a day at Flamingo Beach enjoying the warm waves and playing the surf.  On their last day the Randolph-Macon team boarded a beautiful catamaran to take sailing trip around the bay area and watch the sun set over the sea.  Some dove off the catamaran while others took advantage to go snorkeling in the clear waters nearby.  They were treated to a gorgeous yellow and orange sunset to close their trip as a farewell gift from Costa Rica!

Randolph-Macon arrived back in the capital city of San Jose for their final game again the Costa Rica National team.  The RM team did an excellent job capturing more rebounding that their lead over the National team increased until they were finally able to finish the game with a win.  Congratulations RMC!