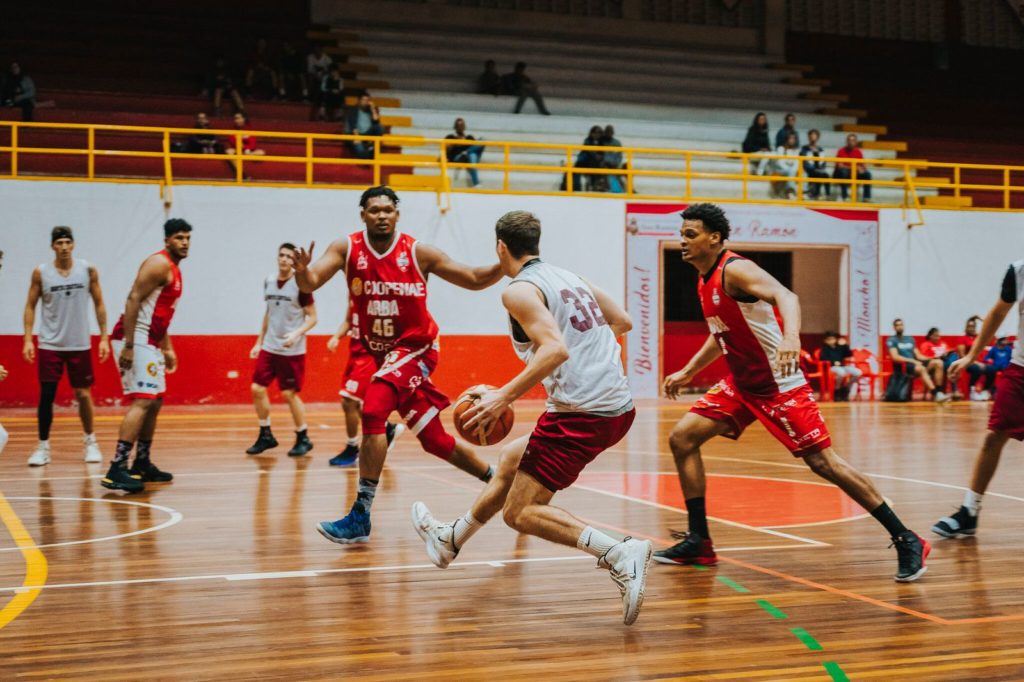 Costa Rica Sports Tours was delighted to host Chicago’s North Central College men’s basketball team for a 10-day tour of the country, during which they played matches against top local teams.

Their trip was off to a great start as the team completed their first community service project at a drop-in center where children living in poverty receive care and support. It was a heart-warming experience for both the visiting team and the thrilled children. Everyone had a lot of fun playing and running around.

That night North Central had their first match. The first half was very balanced and physical but the Cardinals stepped up and defeated Escazú, a top local team.

Giving Back to the Community

The next day the team participated in a second community service project; they organized a basketball clinic for the underprivileged children of a local public school. Again, both the team and the children had a great time.

“It was so fun to just play with them and share basketball,” said player Will Clausel.

Coach Thomas Koth said the best part of this was “bringing joy and fun to kids who would never normally get that experience.”

The team had lunch at a traditional Costa Rican restaurant with breathtaking views of Central Valley. That night they played their second match, against San Ramón, and again were victorious.

Coach Koth described the opponents as “a lot more physical, but it’s very good to play teams like that.”

After their winning streak, North Central transferred to a stunning location in the rainforest region of Arenal. There they soaked in hot springs and enjoyed fast slides at a major water park. They also visited a spectacular local waterfall, accessible by 500 grueling steps to the bottom and then back up to the top again.

“This place is amazing,” said one player.

The next morning the team checked out of their hotel and enjoyed a thrilling adventure ziplining through the canopy of the rainforest!

Player Max Farson said the zip lining provided “the single greatest view that I’ve ever experienced in my entire life.” 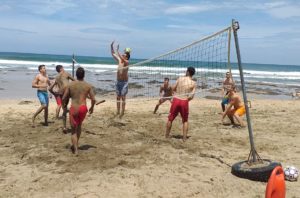 Then the team hit the road for their next destination– the beach. After they checked into their new hotel, the guys enjoyed an afternoon of splashing in the ocean and enjoying the pool.

The last couple of days were focused on R&R, beach time, training and some volleyball. They toured a nearby beach resort town, did some dancing and bought souvenirs.

“The week flew by,” our guide Daniel noted. “Nonetheless, all memories will remain in their hearts forever.”

Costa Rica Sports Tours are experts at organizing visits like this for basketball, soccer or volleyball teams.

We’ll line up all the transportation, lodging, meals and matches against local teams (with English-speaking guides). You bring your basketball shoes and your A-game…we’ll do the rest! Contact us here for more information.