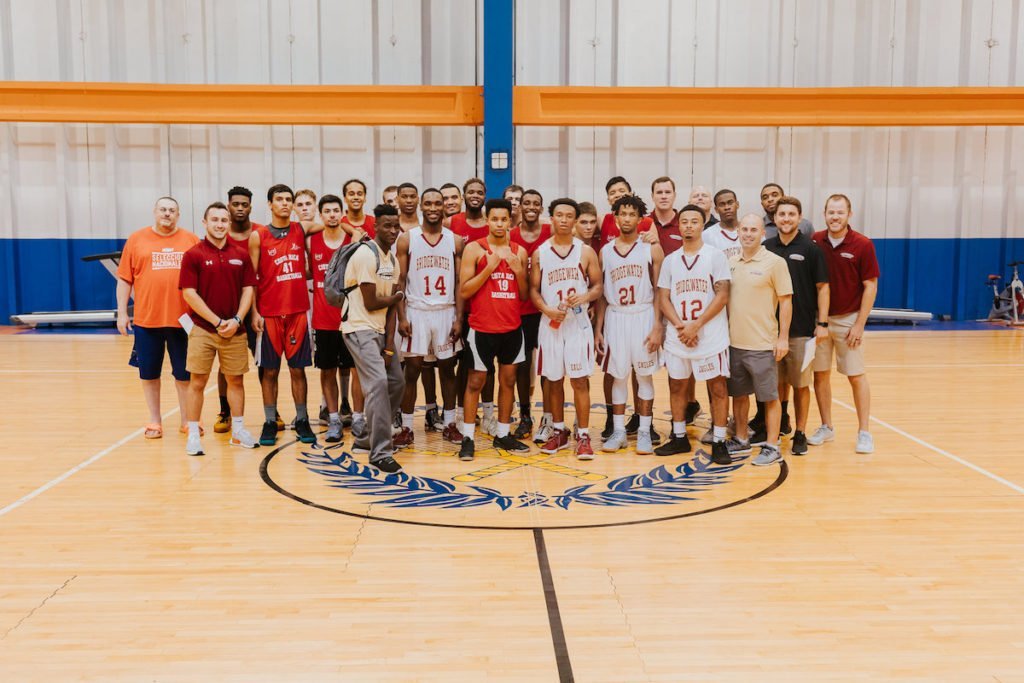 02 SepSeeing It All On Bridgewater College Men’s Basketball Trip 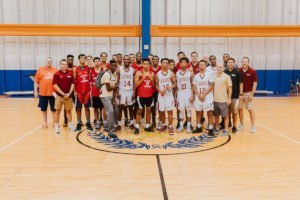 What country offers the opportunity to hike up the side of an active volcano, spend a day experiencing the bean harvesting process at a coffee plantation, lounge on a beach, and compete against a professional basketball team, all in one week? The Bridgewater College Men’s Basketball Team experienced all of this – and more – during their unforgettable trip to Costa Rica.

The day that they landed began with a walking tour of the capital city of San Jose. This was a relaxing way to start their trip, while still gaining a deeper understanding of the country they would be touring as a team for the next 8 days.

Day two began with a community service project at a local school. The children who attend this school come from extremely impoverished communities, and the facility provides them with an education, healthy meals, and a safe environment to spend their day. It was an eye-opening experience for the men, who enjoyed spending time playing with the children.

After a morning team training session, the men made their way to a nearby arena to play in their first friendly match against a local competitive basketball team. While their opponent was a challenging one, the Bridgewater men were able to chalk up their first international win of their careers!

“Incredible trip for the staff and the team. Great competition and an unbelievable experience in a beautiful and unique country.” – Tyler Schlegel (Player)

The next day, the team made their way to a nearby coffee plantation. They were taught the harvesting process, and were even able to participate in part of the process. Afterward, they hiked through the rainforest until they discovered the La Paz Waterfall Gardens. The hike was an excellent warm-up for their next friendly match against Costa Rica’s National Team. Once again, the Bridgewater team came out on top, defeating the National team 78-65.

In addition to hiking up the side of the Irazu Volcano, the men participated in a white water rafting excursion, a catamaran tour of the Pacific Coast, plenty of time on the beach, and a rematch against the National Team. This time, the Costa Rican men were more familiar with the tactics of Bridgewater, but it still wasn’t enough to defeat them. Bridgewater College can officially return home with an undefeated international record against the best athletes in the country. How many other college students can say that?

Coach Shawn Postiglione had this to say about his team’s trip to Costa Rica:

“Any team looking to take a foreign trip cannot go wrong with CR Sports! Their staff goes above and beyond to show you their beautiful country and give you a once-in-a-lifetime experience!” – Shawn Postiglione (Coach)

We had a blast planning Bridgewater’s itinerary, and are pleased that they enjoyed the experience so immensely. We hope to see the team again next year!